My time in Parliament - Constance 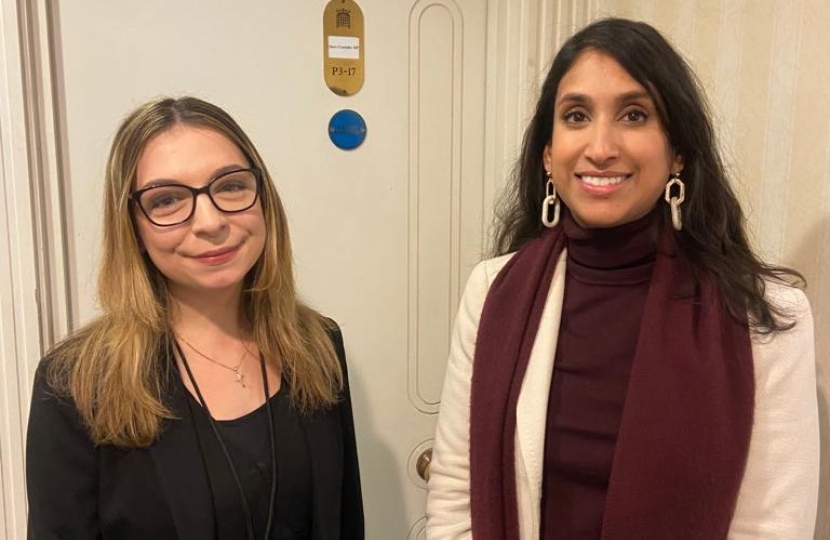 On my first day of work experience, I was met outside the Houses of Parliament by Juliet, a member of Claire’s team. I was then taken up to the office where I was warmly welcomed by Claire and the rest of the team. This instantly made me feel like part of the team.

I was given my first task of opening the post that Claire had received, which became my first task of each morning. This was an insightful first task to have, as I was able to see what items Claire receives in the post but also how to sort and register these items.

I then was given the chance to watch Prime Minister’s Question from up in the public gallery which was an incredible experience. It was amazing to see something I had watched on TV many times unfolding out in front of me. I was able to see how the chamber worked in full and I also had the pleasure of seeing multiple politicians speak.

After returning from PMQs, I got to work on my next task of reading through casework, which contained issues raised by constituents, and I was able to draft up a response to multiple. This was a great task, as it gave me a look into what the constituency office did on a day-to-day basis.

In the afternoon, I began to study parliamentary briefs and how the team help Claire to prepare for any debates or statements in Parliament. I was given fantastic examples to look at that the team had written before, and I got the chance to write my own brief for a Private Members’ Bill that was in its final stages in the House of Commons. I really enjoyed this task as I got to heavily research the context behind the Bill and then use this to write speaking points that could be made during the reading.

On my final day, I was taken on a tour through the Houses of Parliament, which included going up to the terrace and the roof of the Palace of Westminster where I was met with breathtaking views. The tour was astonishing as I got to chance to see parts of Parliament that the public may not get the chance to view, so I was able to really see the true behind-the-scenes workings of our democracy.

After the tour, I was given a crash course in speechwriting by Jack from Claire's team, who attended specialist training with Simon Lancaster, one of the world’s top speechwriters. I found this so fascinating as I was able to see how certain key speeches had been articulated and had the opportunity to use one of the steps to write my own short snippet of a speech.

I was also able to have a chat with Claire about her work in Parliament and the work she did before becoming an MP. It was great to have this insight, especially as I move forward out of my third year of university and start looking towards the future.

I would like to thank Claire and the team - Juliet, Jack, and Matt - for accommodating me throughout the week. It was a busy time in Parliament, but they were still able to welcome me and make me feel part of the team.

I really learnt a great deal from this experience and have received a true insight into the hard work that goes on behind the scenes. I've loved every second.

I have been very moved by the Queen’s passing. To me, it felt like losing a family member and in some ways, that’s exactly what she was. Her portrait sat on my grandmother’s wall in India and it was from the Queen that she took her fashion sense.