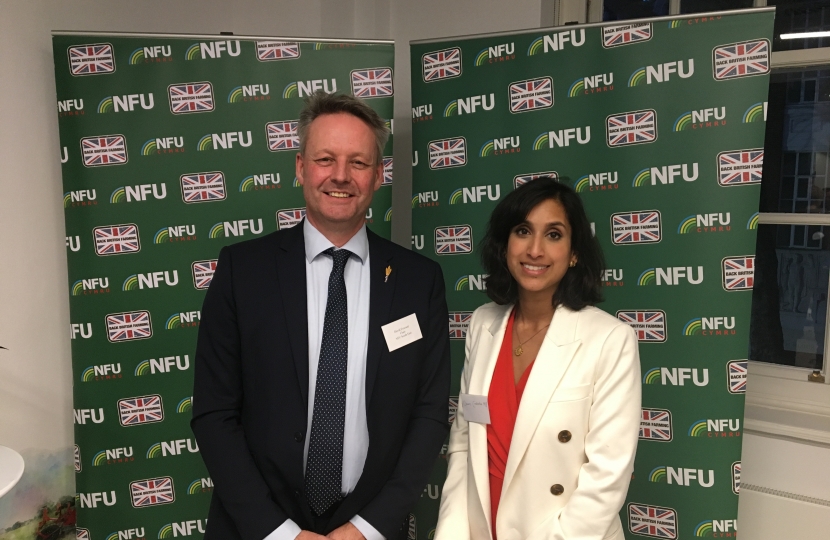 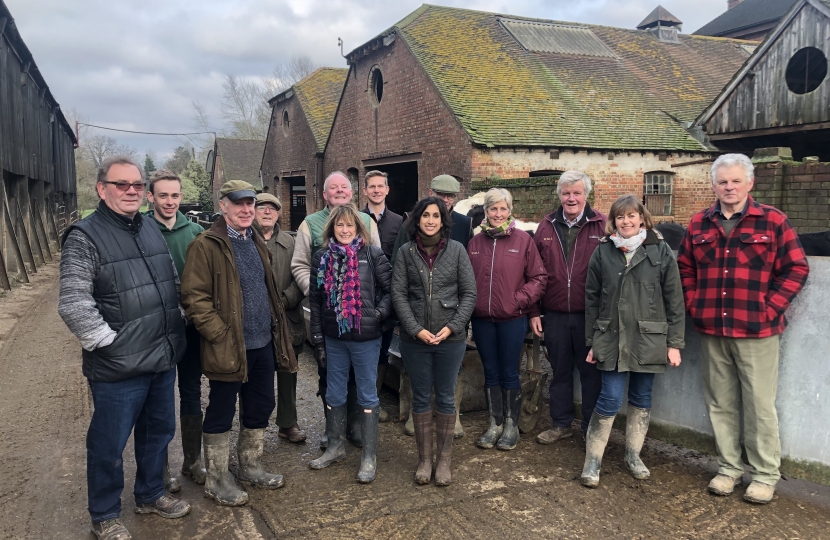 In East Surrey over half of the land is farming land. I want to thank my local farms, particularly Felcourt Farm, for their insight ahead of this debate.

This Bill and the amendments before us today touch on three issues very close to my heart: stronger communities, protecting the environment and the UK’s ability to compete on the world stage.

The pandemic has brought domestic food production to the fore. In East Surrey, I’ve seen our local food industry rise to the challenge of community needs – from farm shops to grocers to convenience stores – they have all gone above and beyond to support local people. As we come out of this crisis we should return the favour by supporting them.

We should help these new local food networks to flourish. We should encourage supermarkets to give producers a fair deal. We should make sure that British producers are at the heart of our public procurement processes and we should support our local producers by overhauling our labelling policy so that those who want to Buy British - Get British.

It’s too easy to do your weekly shop and not notice that your green beans have travelled from Mexico or Guatemala. Or to see that the majority of eggs used in our very British Scotch Eggs are in fact from Europe.

Our local food industry in East Surrey has been at the heart of community action and I look forward to being their champion in the years ahead.

Many have spoken about the environment today. I’m fiercely proud that as a Government we are leading the world in our work on environmental protections. This Bill is remarkable in its ambition to ensure the environmental benefits delivered by the farming industry are properly recognised by centring our new system around public good.

Too often our farmers are the unsung heroes, the guardian angels, of our British landscape. Their livelihoods depend on the land. From soil fertility to biosecurity to humming bee populations, our farmers understand the need to protect our ecosystems. Nobody has more of a vested interest in a thriving environment than they do and I’m glad this will now be rewarded.

I would like to address the amendments New Clause 1. Having spent the last two years working on Brexit legislation. I’m concerned this amendment, while well-intentioned, would do more harm than good for the farming industry.

We already have strong import standards - these should be maintained. This amendment however seeks to dictate the production processes in other countries. A very different ball game. I can see the allure. Who doesn’t want high standards to occur in other countries? But it’s well beyond the norm of international trading arrangements. It’s certainly not something countries usually include in Free Trade Agreements to this sweeping extent.

It’s hard to imagine, for example, that the EU would accept dynamic alignment to UK production standards. Nor could I see countries like Japan, Australia, New Zealand or Canada accepting those terms. In fact we’re not accepting those terms as presented to us by the EU. The farmers I’ve spoken to are very keen to see a deal with the EU – this would rob them of that chance.

A UK hampered in trade with standards requirements so stringent they we couldn’t eat half the bacon we currently do for example, would be a bad outcome for consumers. By preventing trade deals it would block our farmers from the export opportunities they deserve and currently enjoy and of the strong economy that they need to thrive.

There are much better ways to ensure we have the rigorous standards we all want. We should maintain our import standards. We should overhaul labelling to encourage educated consumer choice. And when each trade deal comes before the House we should scrutinise its effect on our food security, standards and the farming industry. If we find it wanting, we can vote against it.

So rather than hobble our current and future trade potential, which I think NC1 would do, we should focus on setting up our farming industry to succeed in the new opportunities in front of us.

As we are doing in this Bill, we can now design an agriculture policy that matches the needs - not of 28 diverse countries - but of our own British farmers. We can shed regulation that encumbers their productivity. We can boost our export markets.

That’s how we will bring prosperity and opportunity for the British farming industry and the country in the long term.