My letter to the Traffic Commissioner consultation

Local roads are my No.1 priority. That’s why at a national level, I have been meeting with Ministers, including the Roads Minister, Baroness Vere, to campaign for local authorities to be given more traffic enforcement powers and for reform of the Traffic Commissioner.

And I am delighted that these new traffic enforcement powers should be in place from February 2022 to give Surrey County Council powers against moving traffic offences like HGVs using routes that have been deemed unsuitable.

I’m also pleased to report that I secured a consultation review of the Traffic Commissioner function which launched earlier this year in August.

I wrote a response to this on behalf of East Surrey residents, which suggested widening the current scope of residents who have a right to make their views known, developing a more accessible online option, and broadening the assessment of new licences to include the impact on local infrastructure and the environment.

You can read my letter in full below. The recommendations from the review are expected to be published by the Government in April. 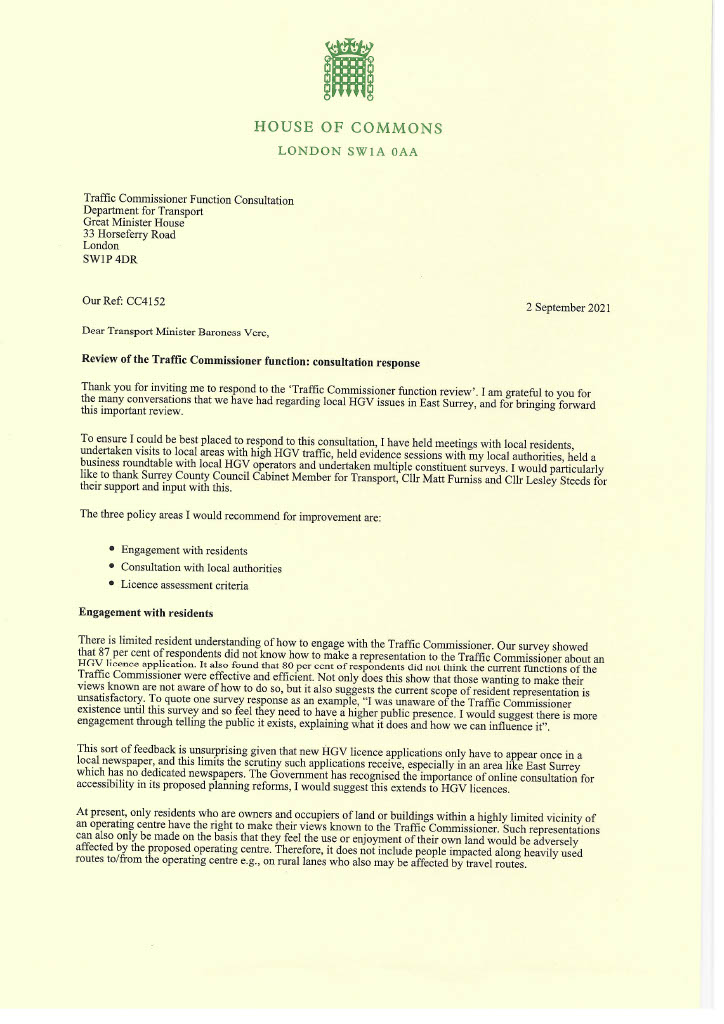 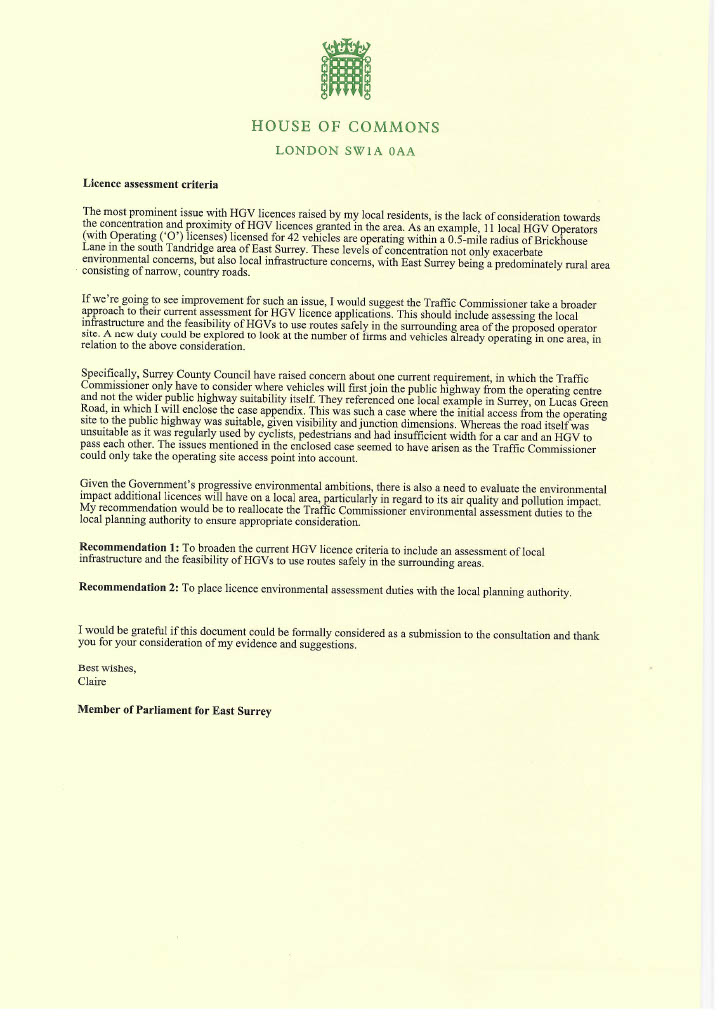 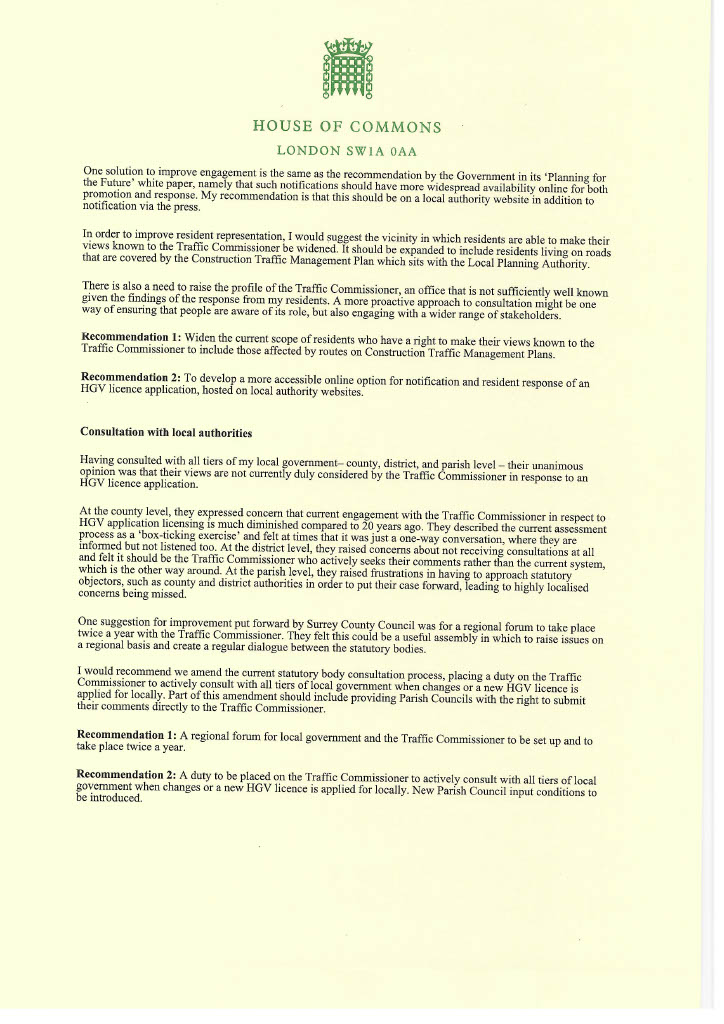 We are blessed in East Surrey to be surrounded by nature and the beauty of the Surrey Hills.

I feel incredibly lucky to represent such an idyllic part of the country, which is why I am so passionate about taking steps to preserve it for our children and grandchildren.