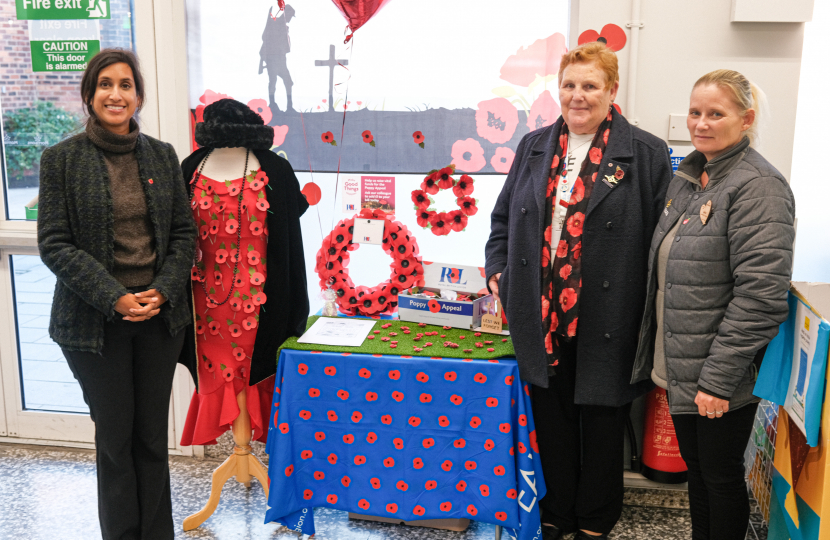 In October 1940, Sgt Fenemore took off with his squadron from Kenley Aerodrome and intercepted a unit of Messerschmitt fighters. In the course of the dogfight, his Hawker Hurricane was shot down, with the aircraft crashing at this spot. He was just 20 years old.

Tucked away in a clearing by the roadside, the memorial has been maintained by Godstone Parish Council and is a beautiful space to sit and reflect on the enormous sacrifice of the Royal Air Force crews during the Battle of Britain.

I also went to see the wonderful display at Morrisons in Caterham, organised by Joan, a Royal British Legion volunteer, and Jackie, the Community Champion at Morrisons. It was a privilege to join them to help raise money for this year's Poppy Appeal.

It's been an absolute joy to watch so many colourful Christmas card designs flood into my office, but now it's time to choose the winner.